The dilemma of the nursery: grafted vines risk ethnical cleansing 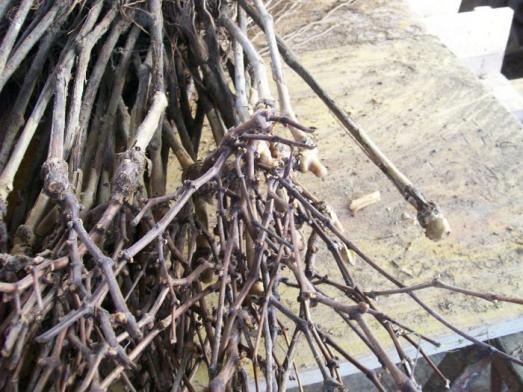 Nowadays technologies allow us to x-ray all that is hidden in a seedling, wine growers are willing to ask for a “total health” of the plant that is putting in serious trouble nurseries. The vine is like a “multi-ethnic” building inhabited by organisms that we know almost nothing about, including whether they carry out useful activities. Are we sure that all this biological claning is the best thing for the wine production?

Udine. Healthy grafted vines? Sterile? Infected? And if infected, with what? And at what time exactly? The question, a controversy that has always characterized the relationship between grower and winemaker, is far from being appeased. Indeed, the use of increasingly advanced diagnostic techniques seems to put a distance between plant material sellers and those who use it to make new vineyards. While there is a European regulation that is still a reference text (although it goes back to the Sixties of last century) which aims to prevent the spread of plant diseases, the tools now available have allowed us to verify the presence within vines of a real “ecosystem” of microorganisms, sometimes detrimental, sometimes even useful, but often neutral. Wine entrepreneurs are increasing their level of attention to quality productions and becoming always more fundamentalists, almost completely sterilizing the plant material, in the belief that this will prevent  the set of phytopathologies during the production cycle of the vineyard. Very often, however, once the grafted vine is planted the behavior of these microrganisms in various environmental conditions (soil, climate, cultural practices) is still unknown, just as we tend to overlook the presence in the same growing environment (environment “alive”) of microorganisms capable of triggering unexpected and unpredictable behavior of the plants.

The opinion of the producers and the controllers

With the aim of giving our readers a clear picture of the situation and given the complexity of the topic, we have consulted both who produce and sell multiplication material and who is in charge of making health inspections on the material itself. “As producers of grafted vines -explains Eugenio Sartori, Director of  the world leader Vivai Cooperativi of Rauscedo – we are increasingly asked for guarantees of total health of the material that we sell on the market. Vineyards planters are no longer satisfied with the health guarantees laid down by EU regulations of the Sixties, but calls for absolute health guarantees that last in time. It is now widely thought that there must be total absence of organisms in the materials purchased.” “The European directives on the phytosanitary certification – adds Carlo Frausin, Director of Phytosanitary administration of Ersa Friuli Venezia Giulia – relied originally on visual examination of multiplication material and on diagnostic tools available in those years. As a result, there was a positive turn in the nursery production and subsequent management of the vineyards. In the nineties the Elisa Test was introduced allowing to see viral organisms that where unseen before, in a fast and cheap way. The new equipment supplied to the plant protection services (PCR, for example) and genetic research allows us today to see all the organisms inside the plant. We see the plant in its complexity. A complexity that, for living organisms, is the norm and which we still know very little about. The vine, in particular, is a building of multi-ethnic organizations – Frausin says – but not necessarily all of them are harmful. Some are good, it is settled, others perhaps are useful, others neutral. The scientific truth remains: the symptom-free carriers are distributed in the plant kingdom, we know little about life and about the importance of organisms, including viruses that live in plants, and we can’t be sure that all this biological cleaning will be good for wine production. The exasperated diagnosis – conclues Frausin – is not enough to say if individual organisms are harmful or may be potentially harmful.”

“The current legislation is a good compromise with regards to the phytosanitary and virus protection of the plant material and wine business operators are attentive to the improvement of the production – said Sartori -. If you use sterile plants, you have to be aware of what this means for biodiversity. All original and autochthonous materials, for example, are symptom-free carriers of some viruses that have never caused any economic damage to the production of grapes and wine. If you claim the total cleaning of grafted vines, inevitably you have to delete all this material and all genetic richness. Bringing in the vineyard sterile grafted vines means to make them interact with a new environment (soil, climate, exposure, cultural practices) and, therefore, they may become infected again thwarting the work previously done by the vine grower.  The diagnostic equipment available today makes it possible for anyone to x-ray the plant in all its complexity, a complexity that can be used for knowledge purposes or as a request (not provided for the current legislation) to speed up – perhaps needlessly, perhaps producing irreversible damages- a process that leads to “ethnical cleansing”, unwelcomed even by plants.