The extraordinary case of “Vin de France”: if +25% is not enough 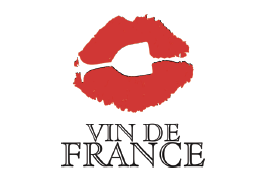 Exports have started quietly in 2009 and now – as the players grew and became aware of the brand – the numbers are starting to raise. Today around 2 million hectoliters of wine brand “Vin de France” are wandering around the world, 25% more than in 2010, consisting of a +28% in the European Union (which is 80% of the market) and + 18% in third countries, driven – needless to say – from China, which in one year has imported 175,000 hectoliters, representing a year-over-year increase of 63%.

The performances – confirmed in the first quarter of the year, where the varieties are only +40% in volumes and values ​​- are extraordinary in all major target markets for this new category, which has its national association (Anivin de France) and which includes 664 players (150 négociant, 80 cooperatives, 434 private): +36% of exports in Germany, +25% in UK, reaching a  47% of total sales. Then Belgium and the Netherlands (+7% to +14%), Canada (+25%) and Japan (+9%), a real boarding, headed by the “vins de cépage”, the varietal that – free to show all French varieties, except for a handful of minor ones – in 2011 exported more than 1 million hectoliters, for a turnover of 176 million euros. This is equivalent to an average price of 1.70 euros per liter, 21 cents less than an IGP. IGP who are suffering a lot, so that – as we told in the pages of this newspaper – the producers, especially those of the Pays d’Oc, are on the warpath, accusing Anivin and partners to unfair competition and to discredit the market and the reputation of French wines in the world.

But “business is business, and business is good”, today the French statistics show that the IGP is in decline (4,2 to 3.9 million hectoliters expored between 2010 and 2011, ditto for the first four months of 2012), while varietal and common wines marked “France” are rising and are those – emphasizes Anivin – who have allowed the recovery of traditional markets like UK and Germany, where things for French wines in recent years, even before the major international crisis, were doing bad. Not included in this french “Reconquista” are the U.S., left for the AOP and IGP market, a conscious choice taken from Anivin that has focused the promotional programs on six or seven countries more receptive to novelty. In other words, it’s useless to waste the forces.

The results are clear: in the UK – where the focus was on the varietal- now 42% of “Vin de France” is sold with the vine indication on the label.

A category which is the flagship of Anivin producers, all sensitized to propose simple labels, with clear reference to the vine and the country, “Vin the France” have a constant organoleptic quality and place themselves in a price range from the basic to the medium. No flights of fancy but very, very good substance.

According to the views of buyers the strategy is paying off: “The Vin de France – says Werner Salwey from Kaufland – are the best-selling brand in Germany. The combination of vine-Country-brand offers the consumer a substantial simplification in the shop.”

On the same wavelength Jean-Christophe Verschelde, a Colruyt buyer: “The name of France in Belgium has a strong evocative potential, so I think that in the future this type of wine will have a further step in our market.”

Across the Channel, Ken Mackay, buyer at Waitrose, emphasizes the “opportunity to review French wines of good quality in a young and dynamic segment”, and crossed the ocean in Canada, Kathy Cannon, buyer of Ontario Monopoly(LCBO), has no doubts in predicting “a promising future for these wines, capable of bringing a young and curious public”.

And Italy, where does it stand?

Speaking about Italy’sperformance, we have to say that nothing has changed from what we said some time ago: the fact of having a handful of grapes, mostly international, reduces any attempt of proposing the varietals to the market, having on the other side a battleship that moves in mass with the same varieties: Chardonnay, Cabernet, Merlot and so on. The Italian varietal category is almost a rare bird: consider that only in the first quarter of 2012 the French have exported 4 times what we exported all over us in 2011, ie 443,000 hectoliters compared with 115,000 today. Our biggest markets – so to speak – are UK, U.S., Germany and Canada. The rest are amateur shipments, or not far off. (Traduzione di Glores Sandri)